Personal Principles and the Political Game 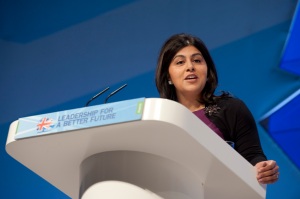 “Is the practice of politics providing for the citizen as envisaged in the original Greek meaning, or is it simply a game?

And if it is a game, what are the rules? And when playing that game, should we always be aware of our core principles?” – Baroness Warsi, 2016

Politics was described by Aristotle as “of, for, or relating to citizens”.

In more modern terms the definition of politics is “the activities associated with the governance of a country or other area, especially the debate or conflict among individuals or parties having or hoping to achieve power”.

But is the practice of politics really about providing for the citizen, as envisaged in the Greek meaning, or, has the game of politics become an end in itself?

And, in the game of politics, is winning the ultimate aim, even if this requires sacrifice of principles?