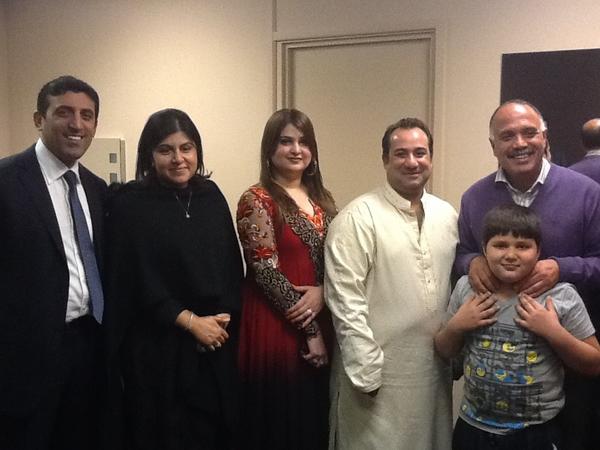 Baroness Warsi joined thousands of fans of Rahat Fateh Ali Khan at a concert in Birmingham.

Rahat, a Qawwali singer famous for his Bollywood songs, met with Baroness Warsi during his third concert in Britain this year, demonstrating the rich cultural links between Britain and Pakistan.

The Foreign and Commonwealth Office is committed to celebrating the strong ties between the UK and Pakistan. We have been telling the stories of the people behind these deep connections on social media, TV and press through a project called Celebrating Connections. Today’s concert highlights the importance of those musical connections.

Baroness Warsi said: “Rahat’s popularity in Britain demonstrates the close links between Britain and Pakistan. Everyone knows about our shared love for cricket, but our shared appreciation for the arts – including music like Rahat’s – is growing fast”.

The cultural connections between the UK and Pakistan were cemented earlier this year with the launch of the UK-Pakistan cultural roadmap.

The roadmap set out the wide range of cooperation that exists from the arts and sport, to strategic university partnerships to new partnerships between cultural institutions.

The close personal connections between citizens of both countries and our unique cultural links, are just some of the many distinctive characteristics in UK-Pakistan relations. These contribute to the unbreakable partnership between both countries.