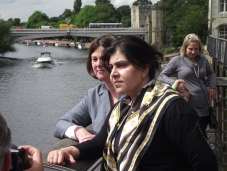 Sayeeda visited the spot where local barman Richard Horrocks died a year ago after leaping into the River Ouse, and praised the work of the York Press, which is running a ‘Think, Don’t Swim’ campaign to raise awareness of the dangers of jumping or swimming in the city’s rivers. 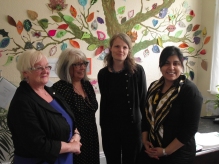 Baroness Warsi said: ‘Geraldine is a great candidate who is committed to cutting crime and making West Yorkshire’s communities safer.

‘I wish her every success over the course of these elections.’