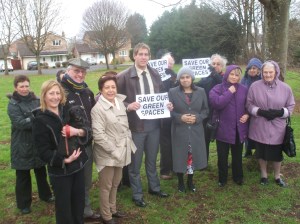 Today Sayeeda started a two day tour of the South West Region. Starting the day in Central Devon, Sayeeda visited Chudleigh with Cllr Jeremy Christopher, Cllr Lorraine Evans and Steve Evans to meet with local businesses. From there she spoke at a lunch for Central Devon and Newton Abbott Conservative Associations.

Following on from the members’ event at lunchtime Sayeeda moved on to Tavistock to join the local campaign meeting with the Torridge and West Devon Conservative teams.

Following a campaign briefing Sayeeda moved on to Plymouth to stop in for an interview on BBC Radio Devon before starting again towards Camborne and Redruth to be the guest speaker at George Eustice MP’s annual dinner.

After a night in Camborne Sayeeda started early to head for Keynsham to visit the new Community Shop with MP Jacob Rees Mogg and his local team. Departing the community shop, Sayeeda travelled to the Frys Club to speak at a packed Meet the Chairman event where she answered everyone’s questions, no matter the topic.

After lunch Sayeeda moved on to Kingswood to meet with Chris Skidmore MP for a tour of the BISCA Community Facilities which have recently received a grant to begin refurbishment before moving on to Bristol.

In Bristol Sayeeda undertook several engagements, including a visit to Winterbourne International Academy with MP Jack Lopresti and a visit to 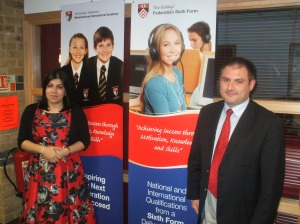 Bracey Drive to view a local council campaign before heading to speak at the Gloucestershire Members reception.